Karl acquired his BS in graphic design and digital media from Indian River State College and was formerly the Lead Graphic Designer for the Florida Region of the Anti-Defamation League. After leaving the ADL, Karl opened a graphic design and marketing agency and continued to hone his skills. After opening ArtWorks of Northwood with Kyler, Karl has become the guru of graphic design, photoshop, printing, and picture framing!

Kyler worked in his family-owned shop since a young age and continued to improve his skills as a picture framer while becoming a Firefighter/Paramedic. Kyler opened ArtWorks of Northwood with Karl in June of 2019 and has focused his skills towards running the social media, website, marketing, and continues to picture frame when in the shop. Kyler is also a Competitive Cheerleading and Track & Field coach at The King’s Academy. Giving back to the community is in Kyler’s nature 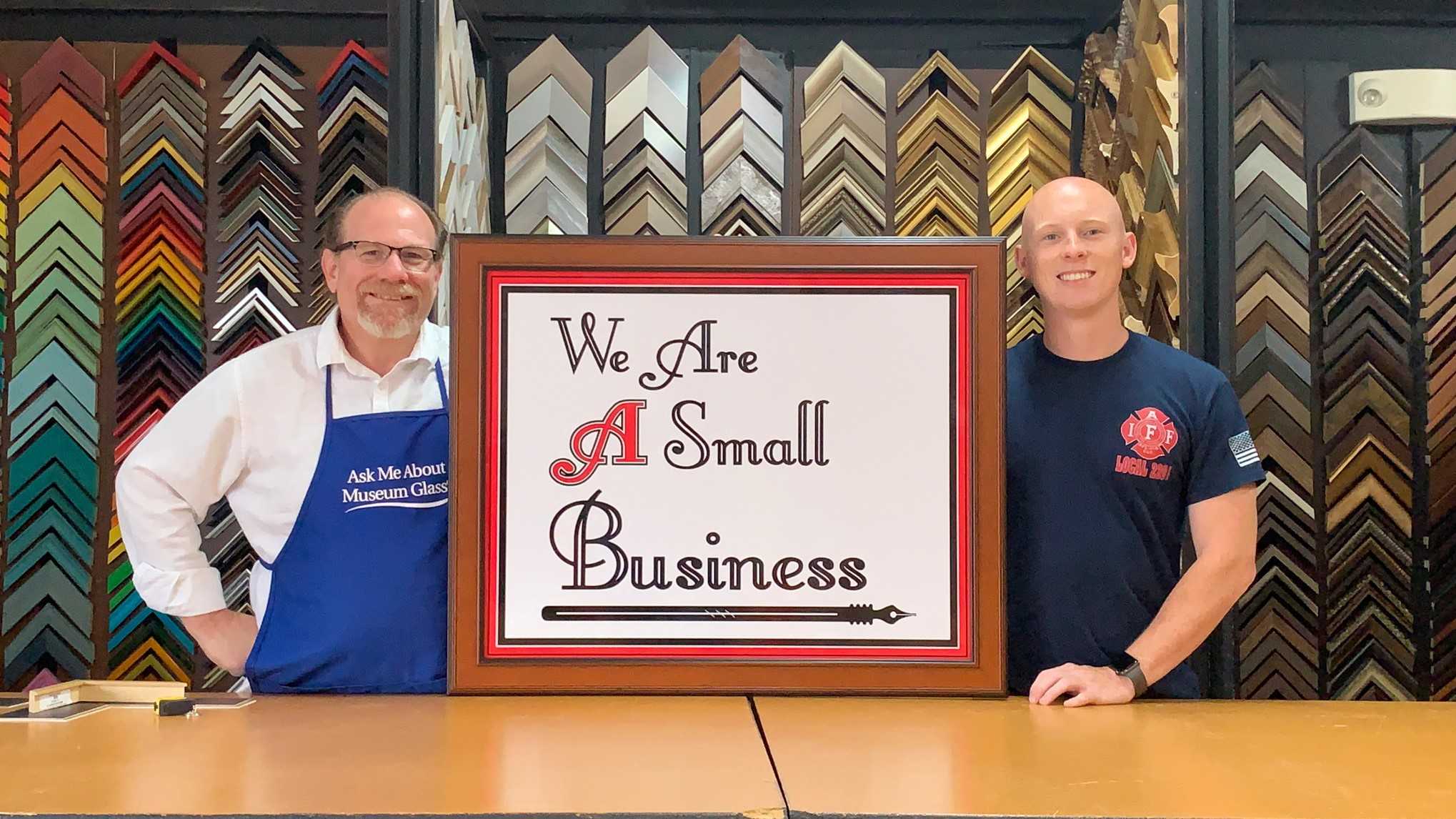